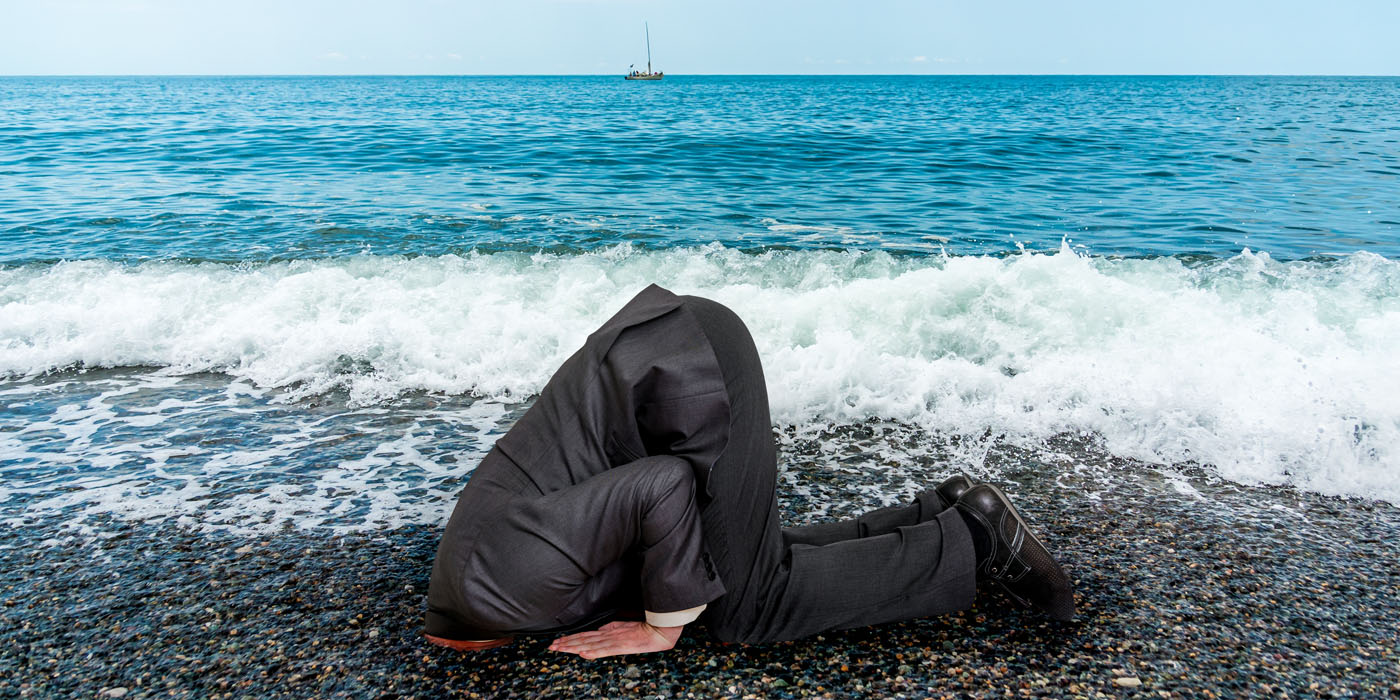 In March 2020 lockdown came swiftly and changed everything. I remember two weeks before lockdown happened being at a meeting in London. All was fairly normal apart from one or two people wearing masks on the tube. You could never have known what was about to happen and when it did, with only a few days proper warning, it altered our normality overnight.

Since those early days of lockdown, I’ve been speaking to clients and contacts regularly to see what they did and how they handled things in the following weeks and months. Whilst everyone was forced to adapt to working from home, many also became teachers to their own children and found themselves ‘locked’ inside together for 23 hours a day with an hour for exercise. The only other place that happens is in prison. Quite a change.

For L&D, this enforced isolation brought with it some fundamental problems. Some companies were well on the way to having a robust (as Gavin Williamson would say) programme of online learning available to their learners. Others were blind-sided by the fact that 99% of their training offerings were face to face in the classroom.

Throughout my conversations, I learned that people were broadly falling into two camps. The first were the ones who acted straightaway, as in on the first day of lockdown, or even before in some cases. The ones in the second camp took a ‘wait and see’ approach. None of this is criticism by the way when you think of the context at the time. When lockdown first happened, it was meant to be for three weeks. No big deal, wash your hands, flatten the curve, stay indoors, eat and drink loads or whatever the Government catchphrase was at that point.

The problem was that a return to offices in three weeks, as we now know, was never going to be the case. Those who thought that people, both adults and children, would be back in classrooms after Easter were sorely mistaken. So what did people actually do to lessen the impact of having everyone remote? Again, there were two camps here. The first adopted a blended approach to learning and the second merely took their classroom courses and delivered them through Zoom or a similar platform.

Companies that struggled with the worst lockdown issues were the ones that didn’t do anything. As you can imagine when the realisation dawned that people wouldn’t be coming back anytime soon, a rapid reassessment of the situation took place. Realising that they were behind the curve, many of these companies took the option of moving classroom content online. After trying to deliver full-day classroom courses via webinar for a period of time, they then realised that their learners were finding it difficult to stay engaged and to learn.

The obvious reason for this is that classroom courses are designed from the beginning with the knowledge that you’ll be present in the room with your learners. This of course means that all the materials, interactions and exercises are tailored for that environment. Technology, other than a laptop and projector, is not accounted for. When moved directly to an online delivery method, this then puts an enormous cognitive strain on both the learner and the instructor to be able to keep up. It’s so difficult to gauge how your learners are absorbing things online unless the session has been specifically designed for online delivery.

There’s no doubt that some L&D teams struggled during this time and their learners also found it difficult to keep up to speed with their learning. As well as the planned learning that was put on hold, there were immediate requirements for people to learn software to be able to log in to their corporate networks, conduct online meetings and get their work done. Some of this learning was rushed out or learners just went to YouTube and learned for themselves.

What did work well?

Almost universally, the companies that adopted a blended approach fared better. Some of these were already well into their blended journey, were delivering courses in that way, and certainly had the right infrastructure and resources to keep doing it. These companies had been through the adaptation process for blended delivery and had ‘taken the pain’ out of the equation already. It’s no mean feat to move an historically classroom-based curriculum to blended. It made a huge difference to those companies not to have to go through that pain again with the added pressure of being unable to deliver in the classroom.

Designing for and delivering training online is a different discipline to classroom training. You have to re-think almost everything. The length of sessions needs to be cut down as it’s more difficult to stay engaged for the learner and instructor. This is in an ideal world as well, where the distractions of daily life don’t get in the way. Errant pets and children running around in the background, washing machines beeping, delivery drivers ringing on the doorbell. It’s ok if your learner is shut away, but so many live in shared houses or have to work on the kitchen table. All this makes it more difficult to deliver a successful online session.

Lowering cognitive load was a feature of the more successful organisations. They quickly adopted a uniform approach to online delivery, whether it was Zoom, Teams, Adobe Connect or another platform, they standardised early on or already had something in place. It made a big difference. Companies that didn’t standardise put their people through unnecessary pain, having to learn different interfaces. Although some of these differences were subtle, it meant that learners were focusing on the interface and not the content, which is not a great way to start a session.

Small things made a difference as well, such as not sharing on camera if talking over slides. All these small things add up when we’re talking about concentration and stamina levels. Humans only have a certain amount of energy to give before they feel tired, and if much of that energy was given to unfamiliar interfaces and too many sensory inputs, then less was available for learning. It might seem as though we’re going overboard but look at the lengths companies like Apple and Google go to to reduce clutter and unimportant factors in their designs. It makes sense to pare things back as much as possible.

What can we learn?

The main learning point is that the unthinkable can happen. No-one could have foreseen being locked up in our houses, skies and roads empty and entire industries ground to a halt. That’s the big learning point. Now it has happened it could happen again. Hopefully not for another 100 years but nevertheless, in terms of learning, we need to rethink our strategy and move towards something more sustainable. There will always be a place for classroom instruction, but this cannot be the bulk of our training delivery. L&D wasn’t the only function caught out by lockdown, but arguably other functions had been adopting cloud technology, certainly in big businesses, for several years.

Perhaps one of the issues has been the huge catalogue of classroom courses that some companies have been carrying for so long. It worked and people were being trained and developed so all was good. But the lockdown shone a glaring light on the inflexible nature of this approach. While other functions were able to keep going, L&D, in a lot of cases, also ground to a halt. This was at a time when people needed hand-holding more than ever. They were thrown into remote working and had to learn a huge amount just to keep doing their normal day to day tasks.

One thing is clear, L&D cannot be caught out like this again. Now is the time to rethink classroom instruction. That is not to say that classroom should be eradicated. Far from it. Perhaps though, by taking a blended approach and moving some elements online, L&D can be better equipped to face an uncertain future. Learning has suffered over the years from a ‘once is enough’ mentality, where a classroom course has been seen as the answer to all ills. This is clearly not the case, as so much learning is wasted due to learners not applying their newfound skills and simply reverting to their previous ways of doing things.

Of course, there are other factors at play here, such as learners not being given the space and time to practise their skills post-course. So often people go back to their job and nothing changes because they don’t feel able to take risks with new techniques and methods. Spreading the learning experience over a longer time period and not just relying on the classroom is a sensible move now and for the future. Educating managers so that they are supportive of people as they experiment with new techniques is also critical if L&D is to make learning stick more effectively.

To make a start, take a look at the programmes in your portfolio that are fully or mostly classroom oriented. To take a blended approach you should look to do two things principally. Spread the learning out across more interventions and take advantage of different delivery methods. A classroom-only course might therefore end up with a self-paced online introduction, a virtual classroom session, several short online workshop sessions, some time for practice followed by discussion on an online forum, all managed by an instructor who understands how these threads tie together for a powerful learning experience. This is a far better way to encourage learning, recall and behavioural change than a one-off classroom session. The overall time spent can be comparable to time in the classroom, but the experience is more personal because of the individual elements and reflection that takes place. The most important thing is to take action now, because we do not know what the future holds and we owe it to our learners to provide the best learning we possibly can, whatever the landscape. 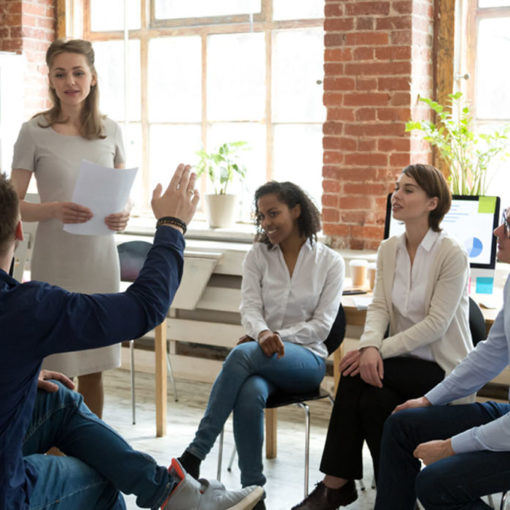 When your L&D team is up to capacity and another SME comes to you asking for a formal training course, it’s easy […] 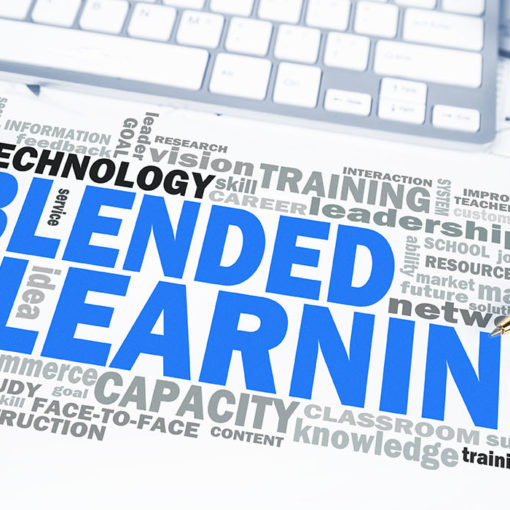 When eLearning first became a thing a number of years ago, it was meant to spell the end for classroom learning. As […] 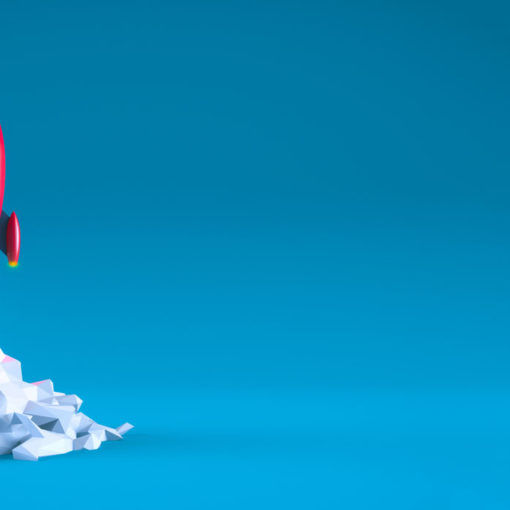 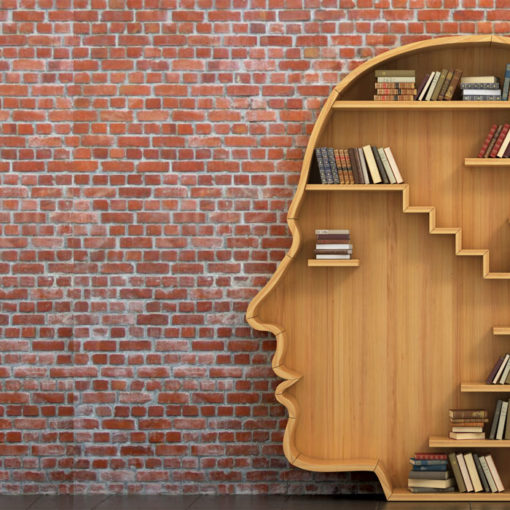 In a recent Harvard Business Review article about where companies go wrong with learning and development, the article stated that organisations spent […]